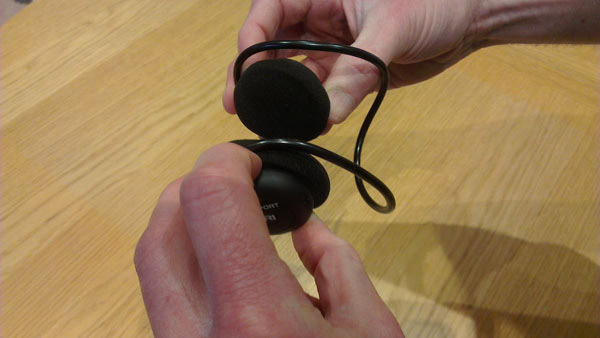 The Fit: Uncurl the headphones so that the speaker sides face each other and hold as shown.

Please view the video demonstrating how to fit the headphones.

The best way is to hold one speaker straight and curl the other round into position. They are then worn around the back of the head and hook over the ear. Once hooked over the ear, push them down so they are secure and a slight forward twist will then tighten the fit.

We now recommend everyone to download the FX-Sport software from our website to transfer music and of course to have access to the extra functionality. The software eliminates any music format issues and ensures smooth running.

I-tunes should be dragged across from the “PC” section of the software [My Music>I-tunes folder] to the “Headphones” section. The software is designed to read folders to allow navigation at speed through your music library. Therefore all individual tracks should be in at least one folder. Multiple folders are fine. The folders in the “Headphones” section should not have sub folders.

Transferring your music – Folders:  Locate your music in the “PC” section, “Music” tab. 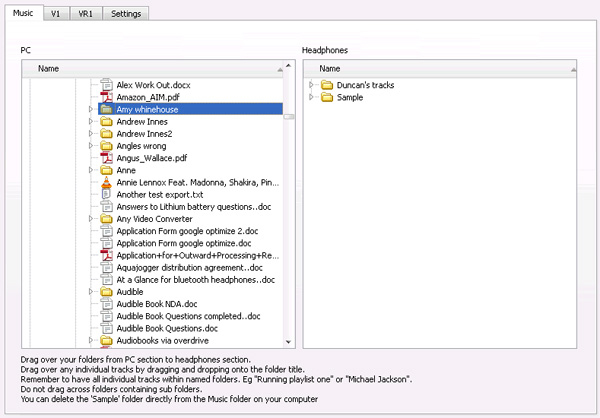 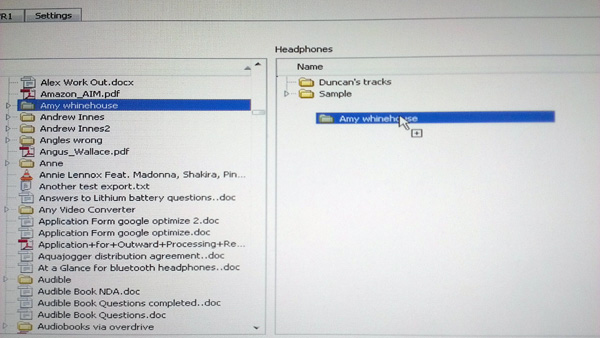 Drag across an album from the PC section of the software to the “Headphones” section.

Do not drag across folders containing sub folders. If one folder is transferring across, the progress bar will say “Copying file 1 of 1”. 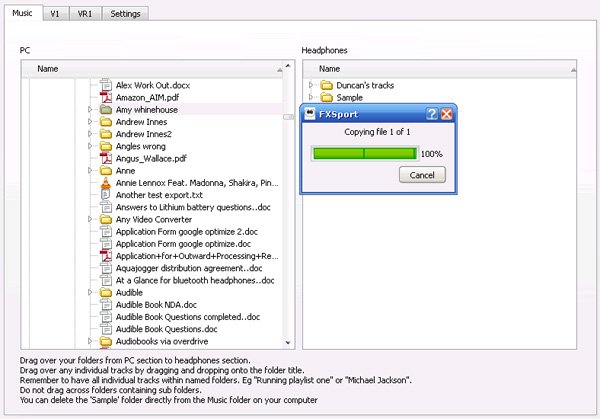 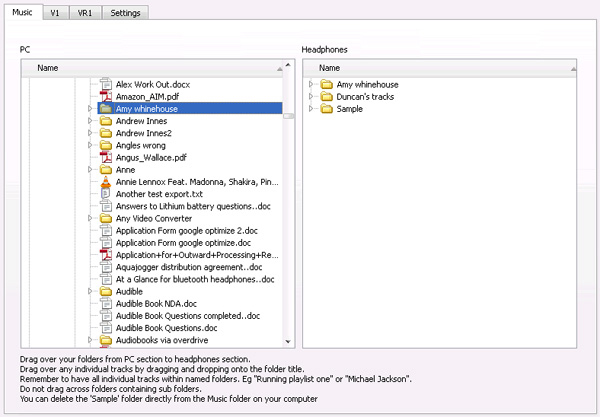 This will disappear when the transfer is complete. It has not “frozen”. 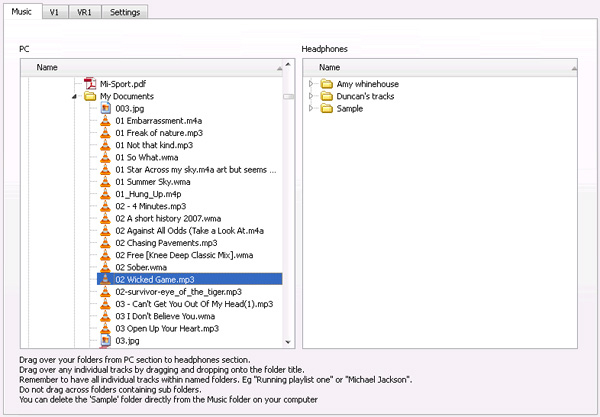 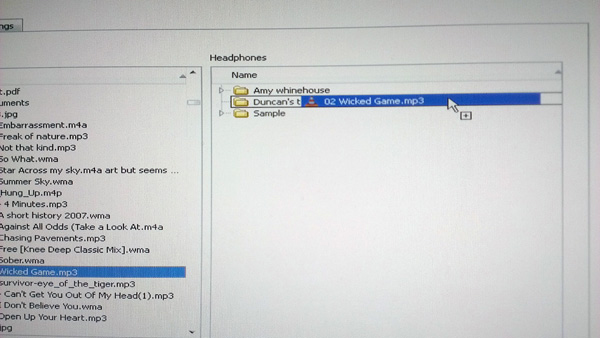 … and drag across, dropping onto the album title name, in this example called  “Duncan’s tracks”.

To drag multiple tracks, highlight all the tracks… 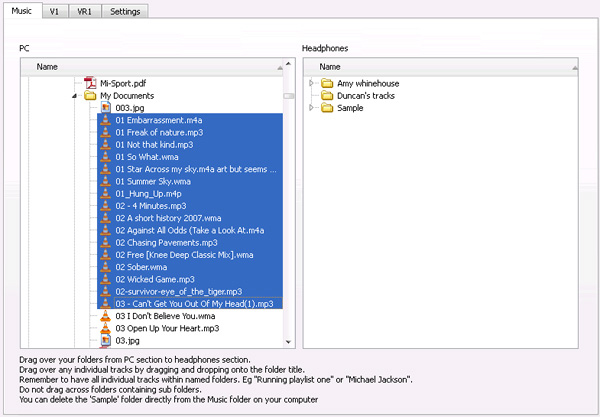 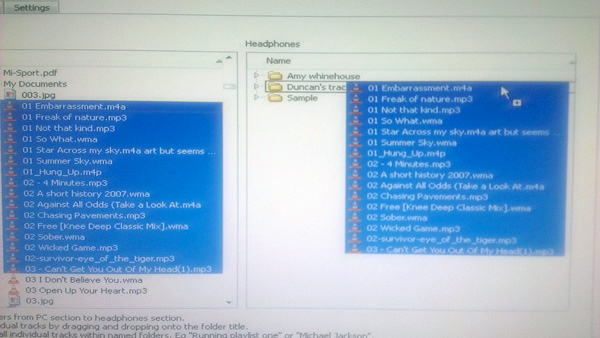 … and drag over, ensuring the desired folder has been “captured” with lines either side of it.

Rename a folder: Double click on the album to highlight it in the Headphones section. Delete the current name and rename as you wish. Ensure no full stop is at the end as this can interfere with the file extension name [eg .mp3]. MAC users should rename the album on their computer and drag across the newly named file. 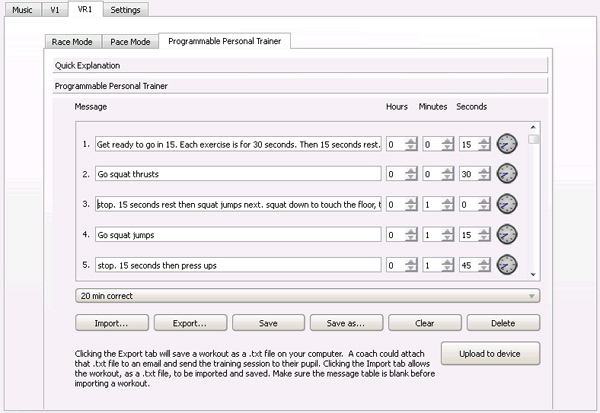 When the workout is constructed [up to 64 messages], it can be saved and then click “Upload to Device” to load onto the headphones. A  library of workouts can be developed. Also see the “Workout Store” section on the website for our growing database of workouts which can be imported to your software and then uploaded to your headphones.

Questions: This section is to aid with initial familiarisation with the headphones. For any further technical questions, please contact us at support@fx-sport.net

Join our Newsletter to receive details of offers and new content!